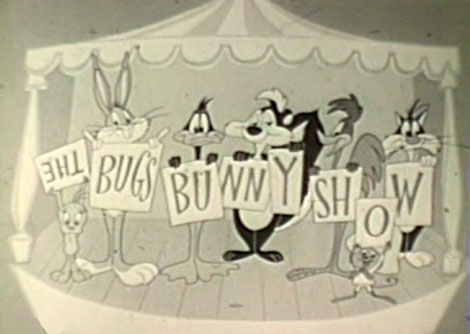 Yesterday I hosted a Looney Tunes marathon screening (six hours!) in Los Angeles. I devoted one hour of it to running a bunch of ABC’s Bugs Bunny Show (1960) bumpers and TV commercials.

For years I’ve been obsessed with the original prime-time network Bugs Bunny Show partly because it was my first exposure to the classic Looney Tunes characters. But also because the original 52 episodes have been locked up in the Warner vaults and haven’t been seen in their original format for decades.

I really can’t understand it. Fresh animation by Chuck Jones, Friz Freleng, Robert McKimson and their crews, bridging classic cartoons in each episode. Much of this material is quite good. Why wouldn’t the studio do everything in its power to restore these and make them available?

One reason we do not see these, is because the original negatives were abused – cut up to suit the whims of Saturday morning reruns for 40 years. The show was never syndicated – it remained on network television (usually ABC or CBS) after its initial prime time run. Thus, there were never any 16mm syndication prints as their were for most TV shows – only a few (usually black & white) back-up prints for network airing.

I hold out hope that duplicate color negatives exist in Europe. The show was shown, intact, for years in foreign territories.

One of my fascinations with the program is all the promotional art created for the show. These unique title cards (below) were created to billboard the coming attractions at the end of each episode. 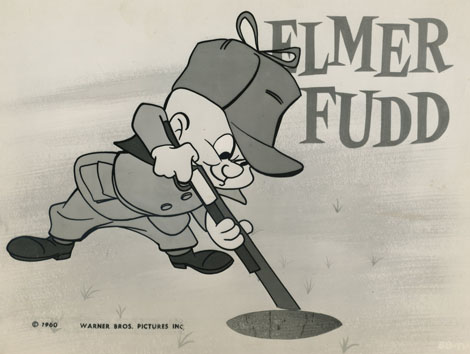 Did you know the singing frog from One Froggy Evening was originally named “Enrico”? I suppose Chuck simply forgot he already christened the character back in the 1960s on The Bugs Bunny Show when he renamed him “Michigan J. Frog” sometime in the 1970s. This is the sort of thing having this show languish in the vaults will cause.

The studio artists created all sorts of art connected to the TV show. Like this sponsors bumper for Colgate:

Or this box of “Top 3” cereal for sponsor Post Cereals: 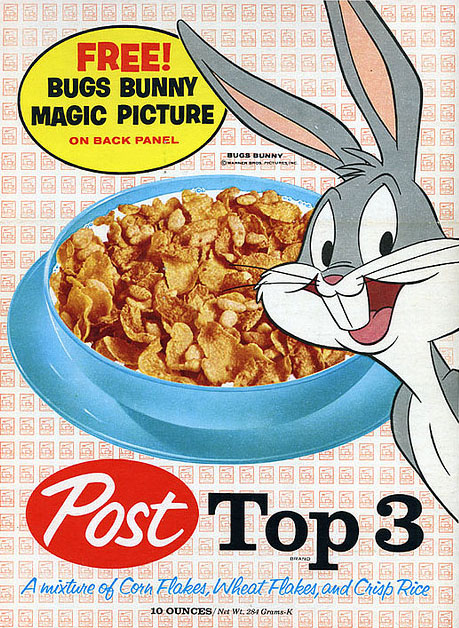 Merchandisers also got on board to support the TV exposure for the Looney Tunes. Western Publishing (Gold Key Comics) cashed in with several issues of Bugs Bunny Show-Time:

It was common for TV networks to hire a caricaturist to create art featuring the stars of their series… Can anyone identify the artist of this official publicity photo?

Please restore and release the original Bugs Bunny Show. You’ve got gold on your hands, if you play it right.